Back from Mijocama - 2021 bass opener

Back from our annual 5 day bass fishing trip at Mijocama outfitter. This season marks my 20th consecutive year fishing at Mijocama, so by this point, I figured I has seen just about everything that Giles lake has to offer. Just when you think you may know it all, nature has a way of laughing in your face...

We got to Mijocama late in the morning, was around noon by the time we got unloaded and headed out onto Giles lake. Eli started the trip off by catching a small sunfish on his PopR. 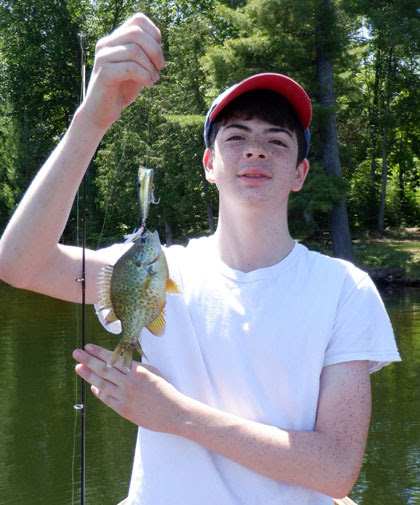 After a while, we decided to do some trolling, and Eli was rewarded with a decent pike, which we decided to keep for brunch the following morning. 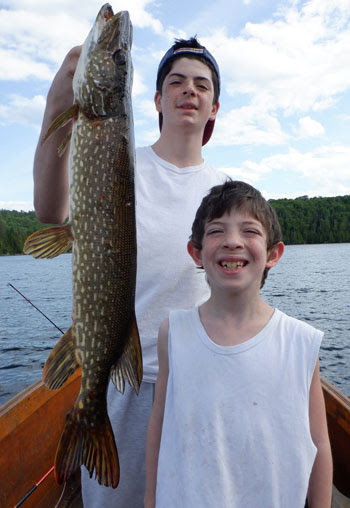 After staying out most of the evening for a non productive  bite using a variety of topwater lures, we headed in for the night, with Zev being quite bored. 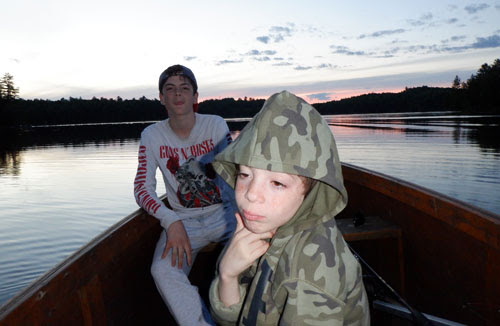 The following morning, the bass bite was totally dead, no matter what we tried. All we managed were some sunfish using live worms, with Zev catching one of the smallest ones I've seen hooked. 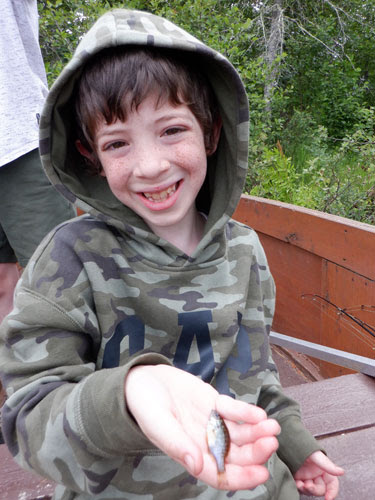 With intermittent rain, we were stuck in the cabin much of the day, until the sun finally came out late afternoon, just in time for the evening bite. 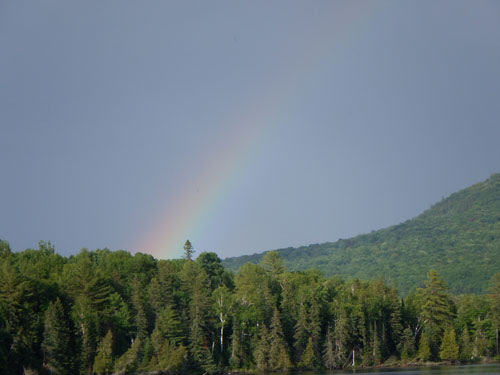 Again, the bass bite was non existent, all we managed was another pike, while trolling just before dark. I handed Zev the rod, and he did a fine job fighting the fish. 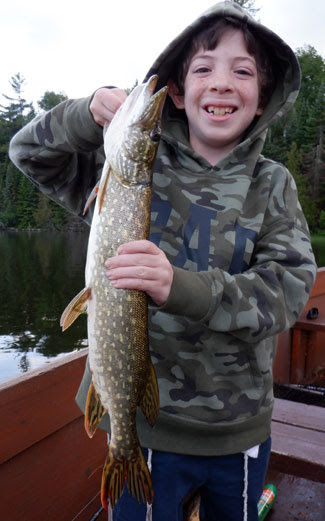 My brother and his kids had more luck with the bass, they landed a couple smaller ones using live worms just before dark. 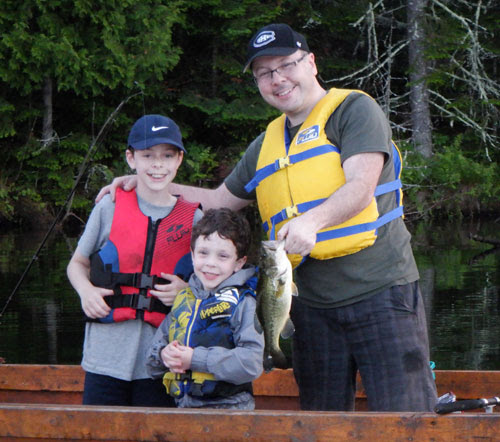 Another gorgeous sunset had me hoping for better fishing the following day. 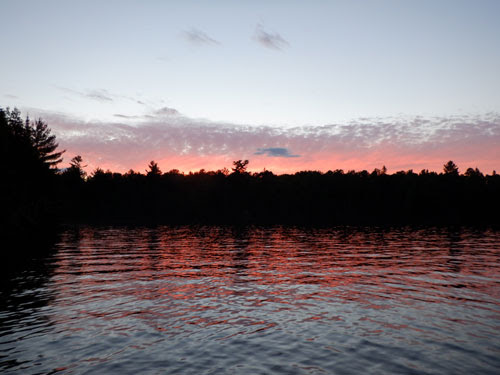 Coldest morning of the trip, the outer temp dropped to single digits, I headed out alone for the morning bite. I managed to lose a big bass right near the boat, when it tangled into the branches of a sunken tree nearby. After breakfast, I headed out with Eli, and was rewarded with my first landed bass of the trip. 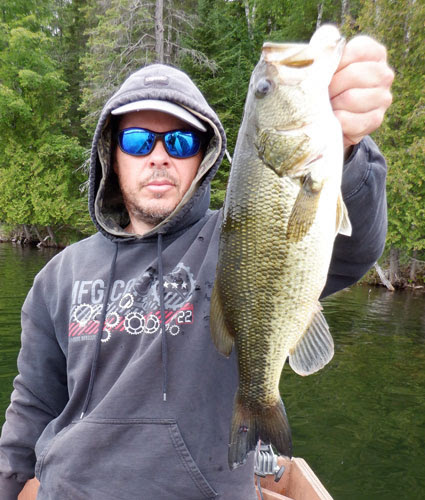 Later on, Eli managed some back to back pike after the bass bite died down. 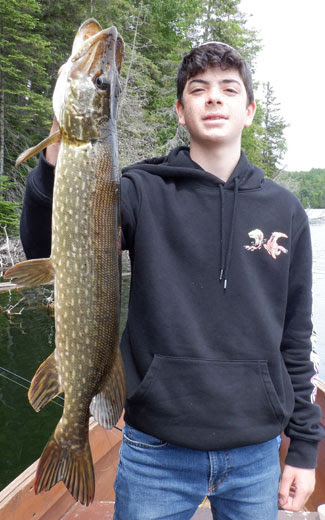 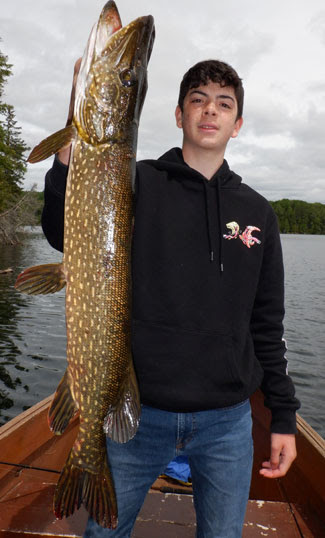 For the evening bite, my nephew Yehuda tagged along, and kept Zev company on our boat. Seems like they had big plans. 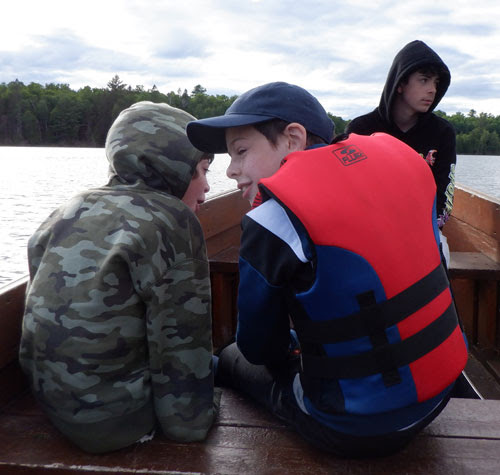 I finally hooked into a very nice bass, and handed Zev the line after horsing it away from the sunken trees I was fishing. Zev held on, and with a bit of help, managed to wrestle the big bass to the boat. Eli netted the fish, which measured in at 19 inches, weighing slightly over 3.5 lbs. 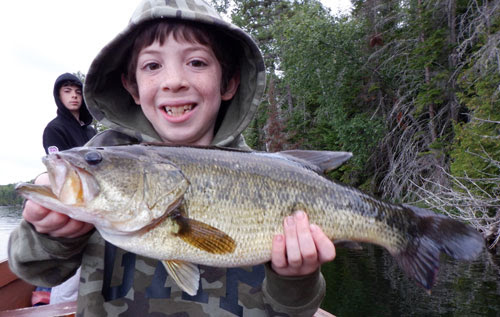 Needless to say, Zev was thrilled at having landed his new PB, and I rewarded him by letting him have one of my topwater frog lures.

With another warm front coming in, I was hopeful that the bas bite would finally pick up. 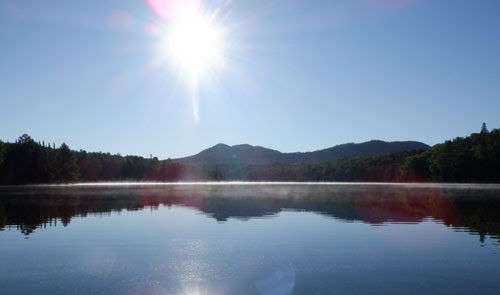 Fishing the morning bite alone, I was rewarded with another pike early on. 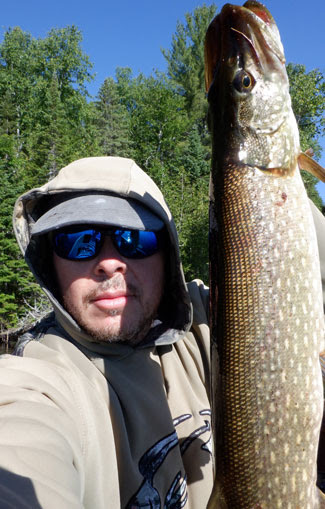 And later with a couple big sunfish, but still no bass. 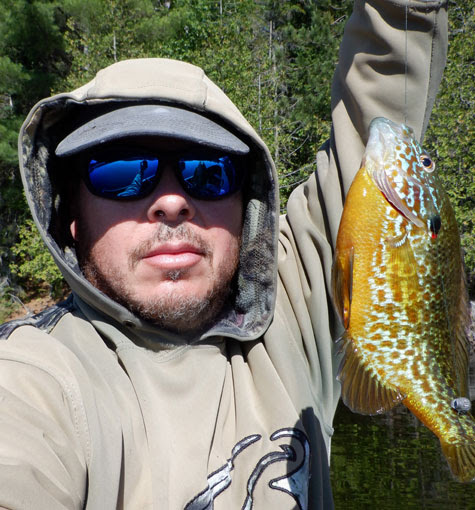 Crazy enough for late June at Mijocama, but that was all we managed despite fishing hard all day. Finally headed back to our chalet for our bonfire and fireworks at last light. 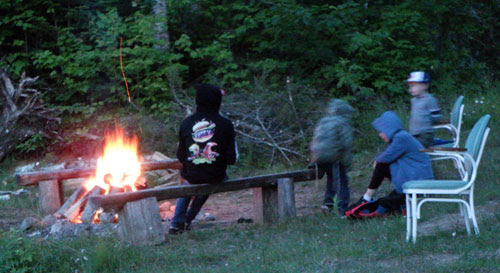 Our last day at Mijocama, and Eli still had no bass to show or. By now, I was the only one in our 25+ person group that bothered getting up for the morning bite, everyone else had just about given up hope, and preferred to sleep in.

Again, I was rewarded with another pike. 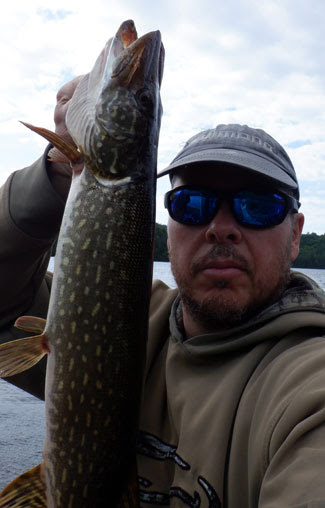 By some miracle, Eli managed his first bass of the trip casting a big topwater lure off our dock. 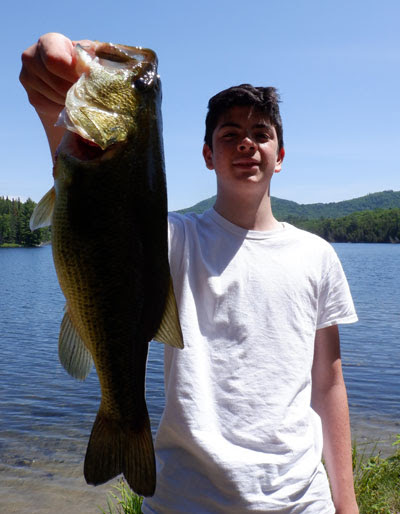 Eli and Yehuda had spent a couple days catching snakes, and brought this one along on board for the rest of the day. 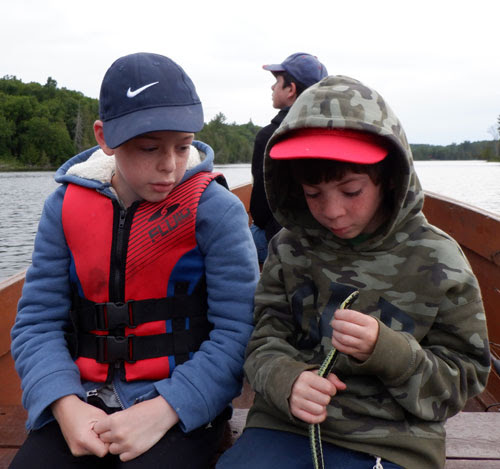 I finally managed to land a small 12 inch bass on a topwater lure, didn't bother with a pic.
All in all, the trip was by far the most difficult 5 days of bass fishing I have ever encountered at Mijocama. After the past 2 seasons being more productive than normal, I seem to have got a bit spoiled, imagining that we'd run into the same sort of success again.
With a total of 6 pike and 4 decent bass landed in 5 days, I'd have sworn the lake was outfished if it had been my first time at Mijocama. Thankfully, after 20 years fishing there, I know better, and were booked for 2022.
For more information on bass fishing at Mijocama outfitter, click:
http://freshwaterphil.com/mijocama-outfitter.cfm

Posted by Freshwater Phil at 9:46 PM